Economy is a system of production and consumption activities that are closely inter-related, which means that a crisis the affects one major segment is likely to have effects and reverberations in other segments as well. The upward trend that we see in the price of beef in the US has been triggered by the global health crisis that has affected all areas of life, including the various segments of the economy. Here are some aspects that have brought about the price hike.

Historically, the demand for beef rises with the start of the grilling season and it usually stays at its highest between April and October. The good weather this year comes with a sense of freedom for most people, making everyone want to spend more time with friends. With grill parties being a traditional way to enjoy the time spent together and beef being the traditional meat to grill, the demand for such parties is even more intensive this year and beef prices react sensitively to all these aspects.

The Price of Feed

The price of beef is always influenced by the price of grains and of other feed they need. Last year’s crisis has affected agriculture severely and logistic bottlenecks also caused severe problems. Higher feed prices usually result in shrinking cattle herds, as farmers cannot afford to feed to many animals. The consequence of the process is a decrease in offer – if such decrease is paired with growing demand, the process will lead to an even steeper increase in meat price. 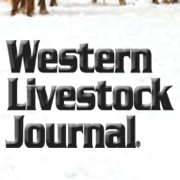 Beef industry news sources confirm that meat packer and meat processor businesses have been long faced with labor shortage, the problem being even further aggravated by the pandemic. With no or very little labor force to rely on, many companies have decided to go out of business, leaving an even larger volume of demand unmet by supply.

Beef prices are high in the US, but even higher in other countries. The weakening of the dollar, along with the difficulties that farmers have encountered nationally have encouraged exports, making many farmers look for ways to sell their beef abroad, rather than on the domestic market. The process has further widened the gap between the demand and the offer, which is another aspect that accounts for hiking meat prices.

One of the countries to which US beef is exported is China, with a demand that is already very high and is likely to continue to expand in the future as China’s growing middle class has the buying power as well as the willingness to pay for premium cuts of beef coming from countries that have a long tradition of growing good quality beef.

Many supermarkets today sell beef for prices that are over 15% more expensive today than they were a year ago. As a result, many households have reduced the quantity of meat that they buy, beef included, switching to either to cheaper meat varieties or to a diet that consists predominantly of vegetables. 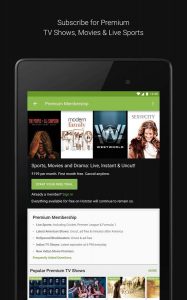